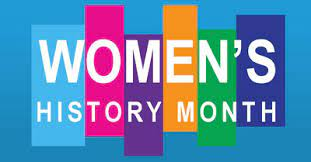 Why Do We Celebrate Women’s History Month?

Women’s History Month is a dedicated month to reflect on the often-overlooked contributions of women to the United States history. From Abigail Adams to Susan B. Anthony, Sojourner Truth to Rosa Parks, the timeline of women’s history milestones stretches back to the founding of the United States.

The actual celebration of Women’s History Month grew out of a weeklong celebration of women’s contributions to culture, history, and the society organized by the school district of Sonoma, California, in 1978. Presentations were given at dozens of schools, hundreds of students participated in a “Real Woman” essay contest, and a parade was held in downtown Santa Rosa.

A few years later, the idea had caught on within communities, school districts, and organizations across the country. In 1980, President Jimmy Carter issued the first presidential proclamation declaring the week of March 8 as National Women’s History Week. The U.S. Congress followed suit the next year, passing a resolution establishing a national celebration. Six years later, the National Women’s History Project successfully petitioned Congress to expand the event to the entire month of March.

Malala Yousafzai was born in 1997 in the Swat Valley of Pakistan, a Taliban-controlled area. By the time she was 11, she was the author of a blog for BBC Urdu, which detailed girls and women’s lives under the crushing Taliban occupation. She became the subject of a New York Times documentary and began giving interviews despite threats to her life by the Taliban. Desmond Tutu soon nominated Yousafzai for the International Children’s Peace Prize. In 2012, the Taliban retaliated with an assassination attempt on Yousafzai, who nearly died from her bullet wounds. Ultimately, she recovered in Birmingham, England, and remained there, resuming her tireless advocacy for human rights, especially women and children. Now she is the youngest Nobel Prize laureate, the founder of the Malala Fund, and the coauthor of I am Malala, an international bestseller.

Famous words: “When the whole world is silent, even one voice becomes powerful.”

Greta Thunberg – Greta Tintin Eleonora Ernman Thunberg is a Swedish environmental activist known for challenging world leaders to take immediate action for climate change mitigation. Thunberg’s activism began when she persuaded her parents to adopt lifestyle choices that reduced their carbon footprint.  The 17-year-old climate activist was nominated by two Swedish lawmakers for her work to “make politicians open their eyes to the climate crisis.” The teen was nominated for her climate activism. Greta Thunberg was nominated for Nobel Peace Prize https://fridaysforfuture.org/.

Dolores Clara Fernández Huerta is an American labor leader and civil rights activist who, with Cesar Chavez, is a co-founder of the National Farmworkers Association, which later merged with the Agricultural Workers Organizing Committee to become the United Farm Workers. At 91, Dolores works tirelessly developing leaders and advocating for the working poor, women, and children. https://doloreshuerta.org/doloreshuerta/

Every Child. One Voice. Welcome to the website of the Palo Alto Council of PTAs. Our purpose is to foster collaboration, conduct leadership training, and coordinate the efforts of our site PTAs. This website is intended to be a resource for our PTAs to accomplish their Mission.